Chat with us, powered by LiveChat
[email protected]
0 Items

James in accounting. Karen in sales. Paul from upstairs. They’ve all had it. That bug that’s going around. You fear you’ll be next, right? Soon to be stricken by this illness that’s made people the most unwell they’ve ever felt. You’re dreading it, aren’t you? You’ve got a winter break coming up, and there’s that critical work presentation. You really can’t afford to get sick right now. Well, what if we told you food intolerance tests could be the key to making sure that you avoid the bug that’s taking everyone down?

Your body depends on access to a wide range of vitamins to be able to ward off illnesses and infections. Vitamins B6, B12, C, D, E, folic acid, zinc, and selenium are all associated with supporting a healthy immune system. They all perform different 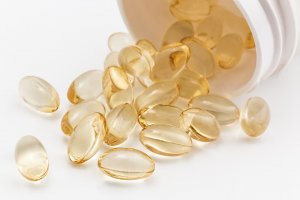 tasks within the cell, which fortify your body’s defenses against illness and infection. All of them bar vitamin C, and Iron also plays a role in the production of antibodies that your body uses to fight any diseases or infections that make it through your first line of defense.

In the case of colds, Vitamin C has been shown to reduce the amount of time experiencing symptoms. With cold being the most common infectious disease in the world, vitamin C deficiency can leave you exposed to a long spell of symptoms such as fatigue, congestion, and coughing. Our food intolerance tests can help you determine whether or not you’re deficient in vitamin C.

Sometimes, you may feel as though you are living with symptoms of an illness. Congestion, stomach pain, bloating,

headaches, a whole range of symptoms that might make you think you have an infectious disease. But, did you know, there is a strong correlation between symptoms associated with infectious diseases and symptoms caused by food intolerance. You could be thinking you’re coming down with a cold when you might actually just be consuming foods to which you’ve developed an intolerance. Food intolerance tests can be the difference between suffering from symptoms you think you’re stuck with and finding a quick resolution such as simply performing an elimination diet to remove the foods from your diet to which you’re intolerant.

We have a range of food intolerance tests suited to all budgets. You can find yours here.