Chat with us, powered by LiveChat
[email protected]
0 Items

Found in grains like barley, rye, spelt and wheat, gluten is a collection of proteins that are very common and can cause people a lot of pain. Of these grains, many people will recognize wheat as the main source of gluten, but you’d be surprised.

Glutenin and gliadin are found within gluten, however, it’s the gliadin that causes the majority of problems to your health. Other proteins that cause issues with your digestive system are avenin found in oats, hordein found in barley, and secalin found in rye.

Gluten proteins form a sticky glue-like texture when the flour is mixed with water. This makes the dough elastic and gives bread the ability to rise when baked. In many modern food products, gluten can be present including rice, pasta, cake & biscuits/cookies, crackers, cereals and pastries for breakfast. It can also be present in highly processed foods such as beer.

A common cause for many individuals who do not test positive for celiac disease is gluten sensitivity. It has been estimated that this condition affects between 0.6% of the American population (or six in every 1,000 people) or as high as 6%. Symptoms include stomach pain, tiredness and bloating.

This 2015 study reviewed a large group of self-diagnosed gluten sensitivity people and examined their diet to see if going ‘gluten-free’ reduced their symptoms.

6% of those studied had celiac disease and 0.51% had an allergy to wheat. From the remaining subjects, 7% were diagnosed as gluten-sensitive/intolerant. 14.5% of people have issues affected by gluten sensitivity. 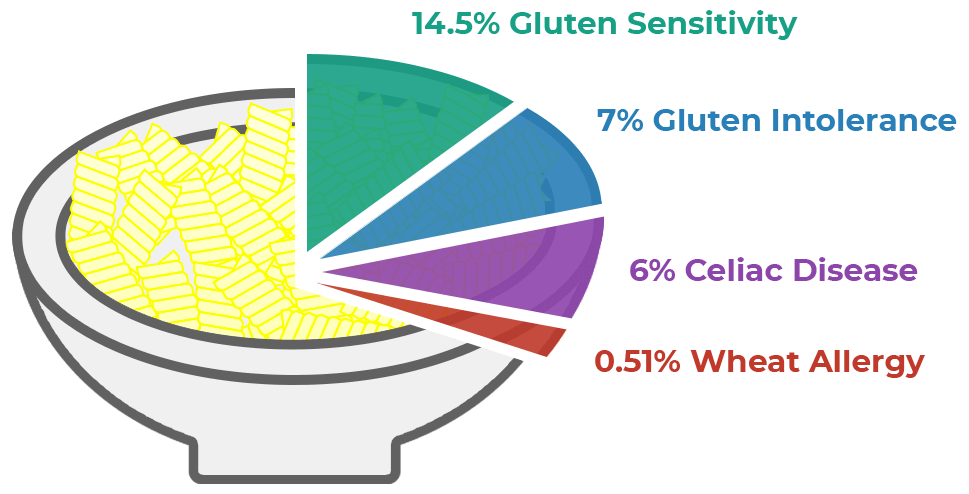 1% of the worldwide population reported as suffering from coeliac (or celiac) disease. It is an autoimmune disorder where the immune system treats gluten as a foreign invader which in turn harms the lining of the gut.

This gut wall damage stops the body from assimilating nutrition, causes bloating and excess gas and also imposes other health issues. Celiac disease should be referred to a medical practitioner for a full diagnosis. 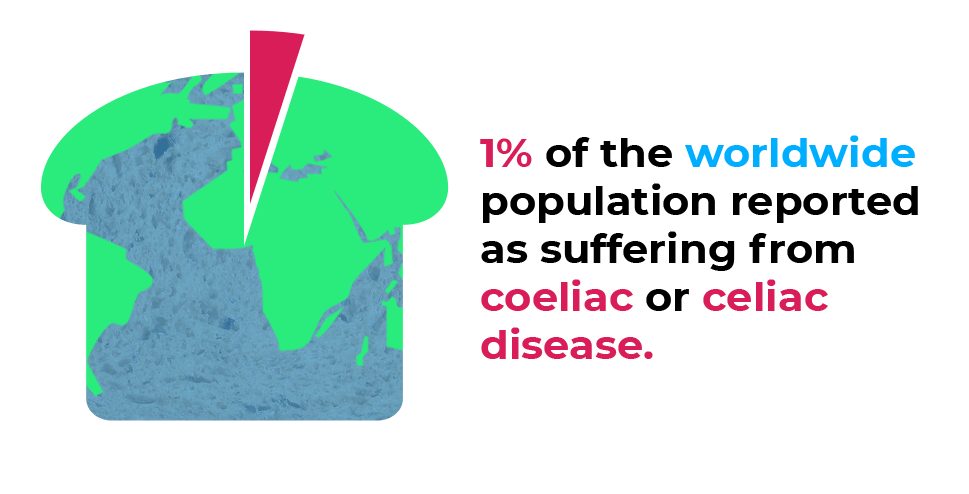 It’s estimated that 1% of the global populace is affected by a wheat allergy. Unfortunately, they are very similar in reactions to gluten allergy as they are severe and instantaneous. You can diagnose a wheat allergy with an IgE allergy test, which will look for a raised IgE level in the blood sample.

Once you decide to remove gluten from your diet, it can be very daunting. Test My Allergy is here to help you change your diet and feel healthy.

Firstly, you need to read everything that you’re going to consume. What can be difficult is that wheat containing gluten is in many types of food. Changing your eating habits to include healthy whole foods is important. Cut out processed foods, cereals and grains which contain gluten.

Many natural grains don’t contain gluten, however, do still check the ingredients to ensure there has been no cross-contamination.

Luckily, if you have a gluten allergy, there are still many foods that are naturally gluten-free but processed foods usually contain it in some form, either from additional ingredients, or cross-contamination. Always read the label, it’s not uncommon for meat and fish to have gluten-laden ingredients added

How to go gluten-free

Once you’ve been diagnosed with a gluten allergy and decide to cut the gluten from your diet, you will need to ensure you still consume.

If you’re removing gluten from your diet, either temporarily or for the long term due to a gluten allergy, you need to ensure you still have a balanced diet. 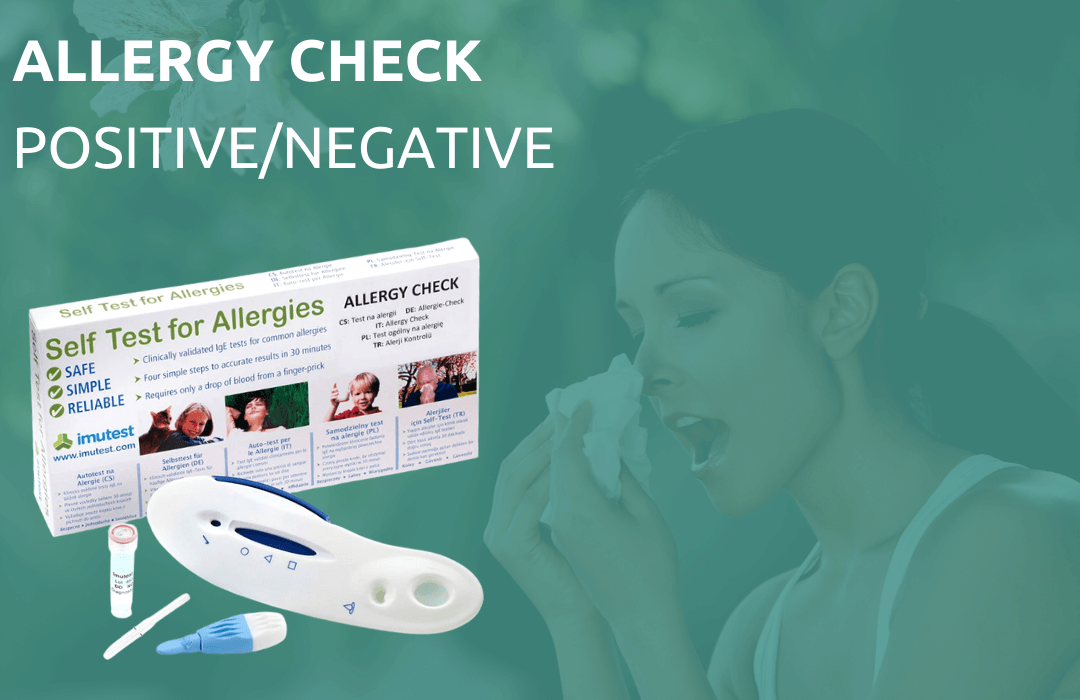 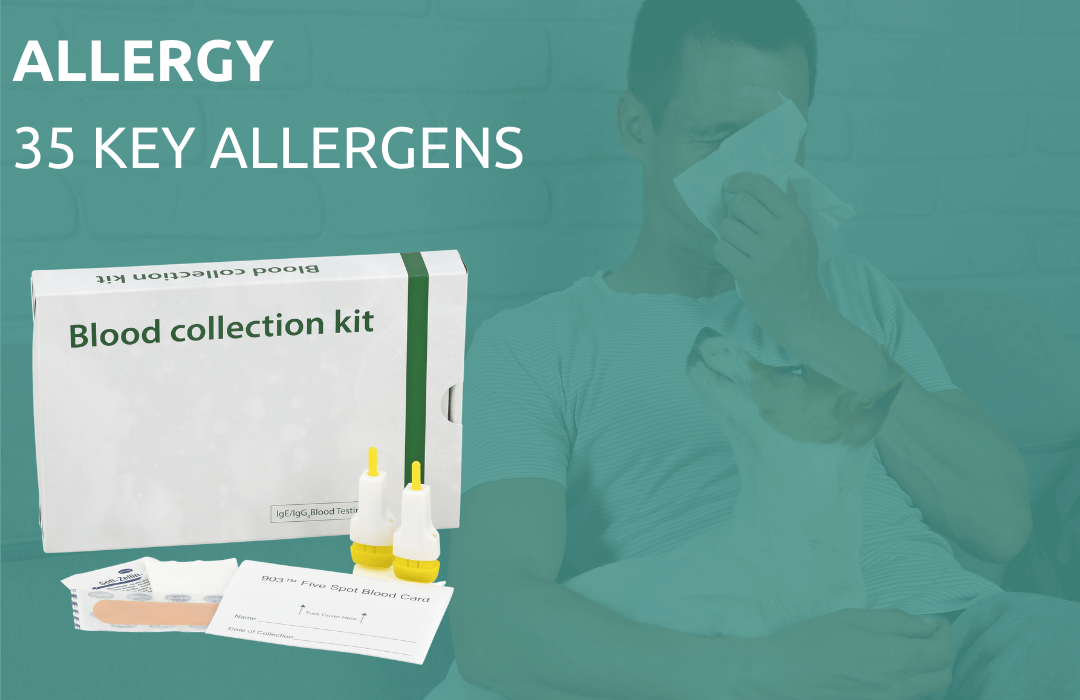 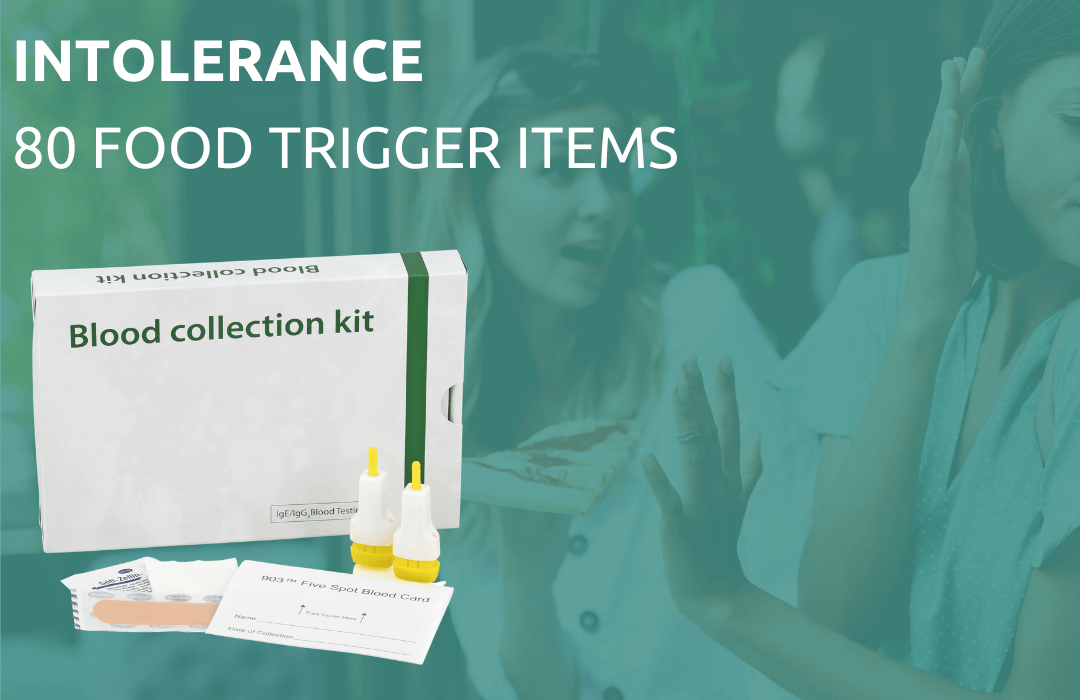 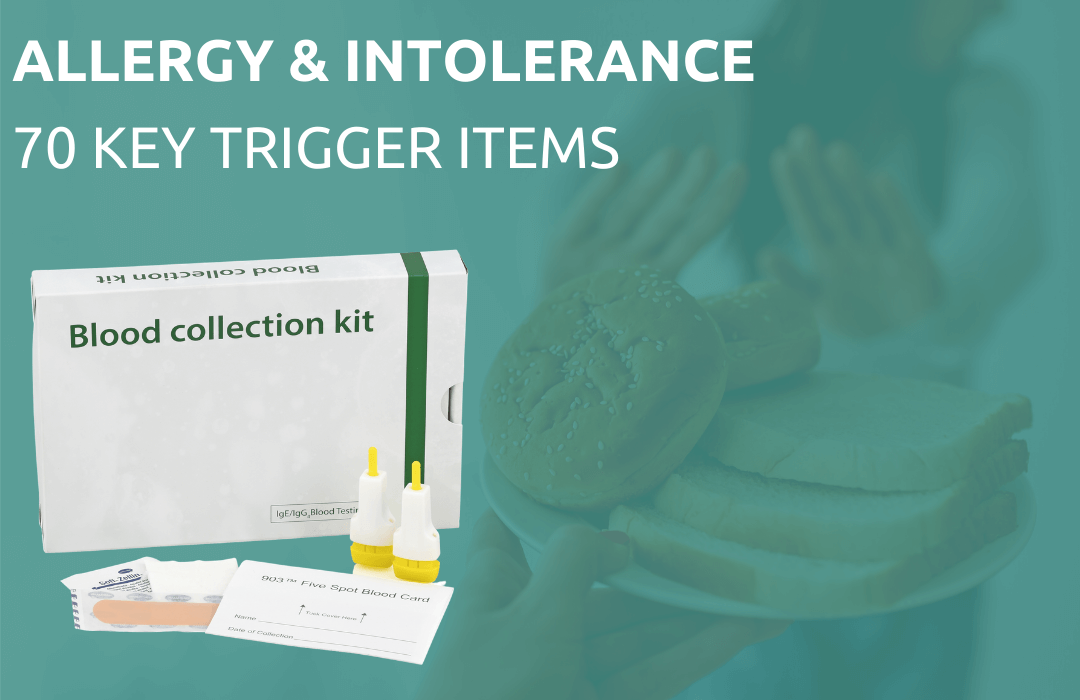 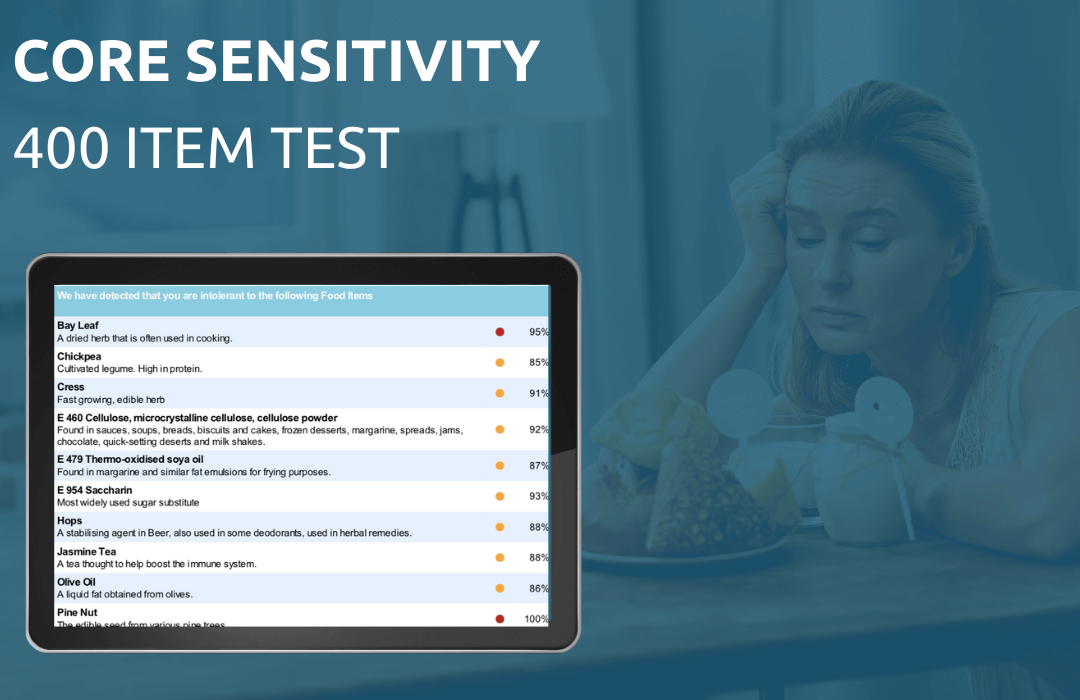 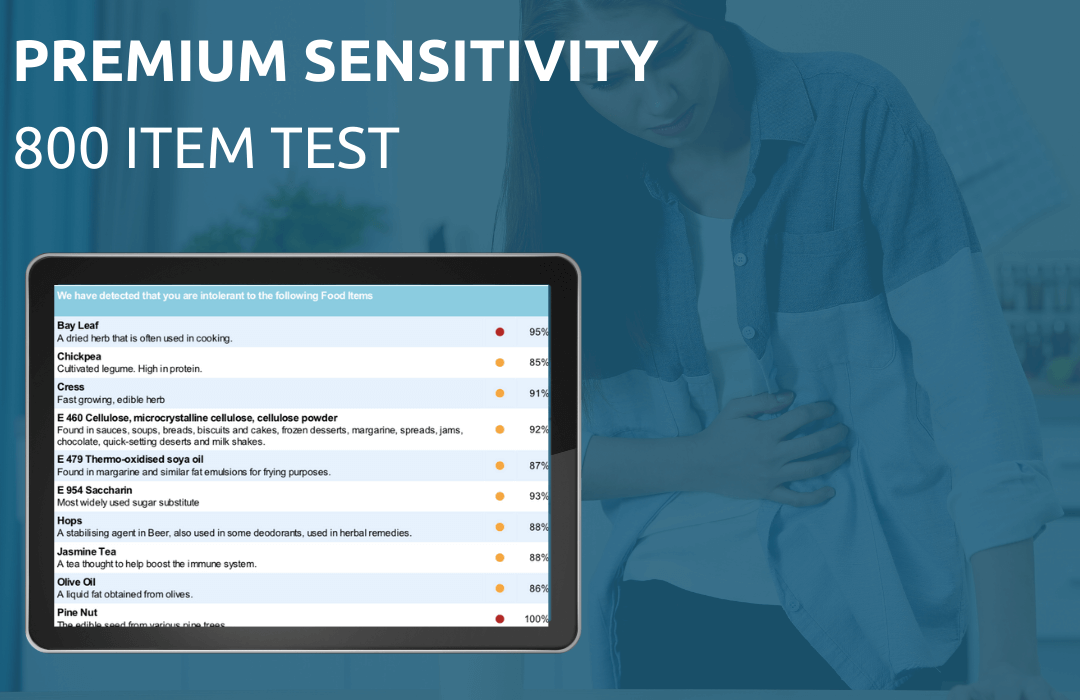 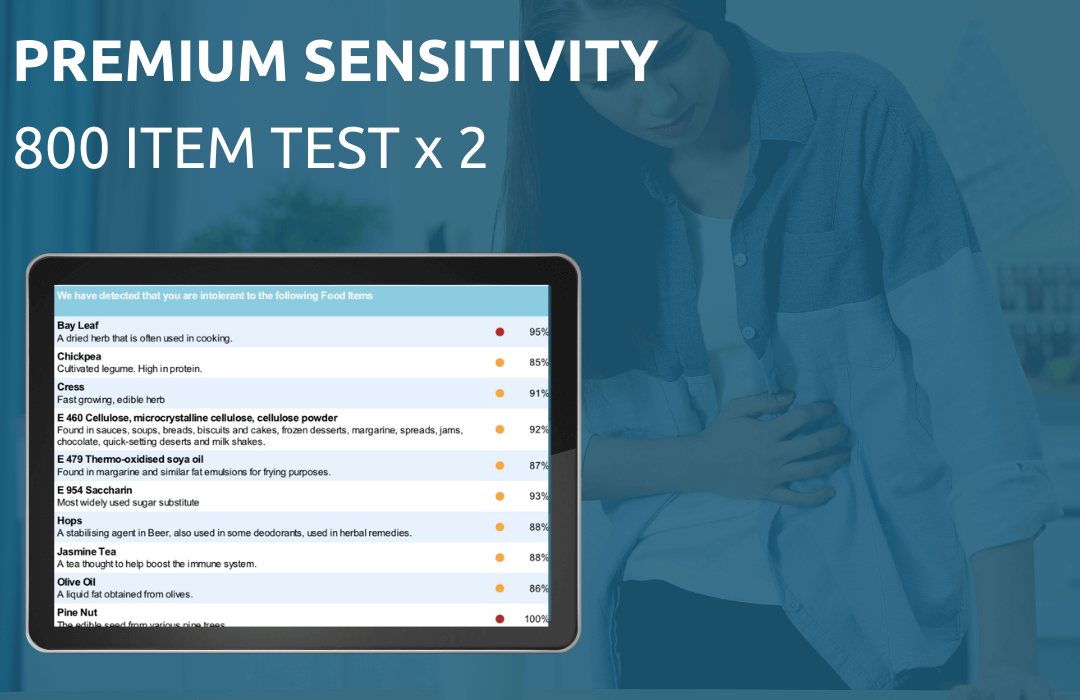